The "Deep South" Tour leds the enthusiastic divers from Port Ghalib to Elphinstone Reef, Daedalus Reef, Rocky Islands, Zabargad and the reefs of St. Johns.
The yield is impressive: several hammerhead sightings inspired the divers, once they were even greeted by a group of 5. A thresher shark did the honors and two gray reef sharks came over as well. In addition, several turtles were photographed, huge Napoleons came up to nose, at night several giant morays hunted at the same time on the reef, large leopard eagle rays swam over seagrass, buffalo head parrot fish nibbled in the reef and three divers were rewarded for their very long safety stop, as a Manta briefly came past the boat.
Other highlights included snorkeling amidst a school of over 60 dolphins at Sataya Reef and a dive of over 70 minutes through caves and canyons at St. Johns Caves. On shore the lighthouse on Daedalus was visited and a walk was taken on the bird island Siyal.

In short, the safari was a huge success and our guests returned home with a big grin on their faces or extended their holiday at Extra Divers in El Quseir to indulge in their diving addiction.

Many thanks to the entire crew of MS Gelen for a perfect week and of course very special thanks to our tour guide Nemo, who has led us very professionally but also with a lot of humor through the week.
That definitely has to be repeated!

Greetings from Dahab
Silvie & the Team of Extra Divers Dahab 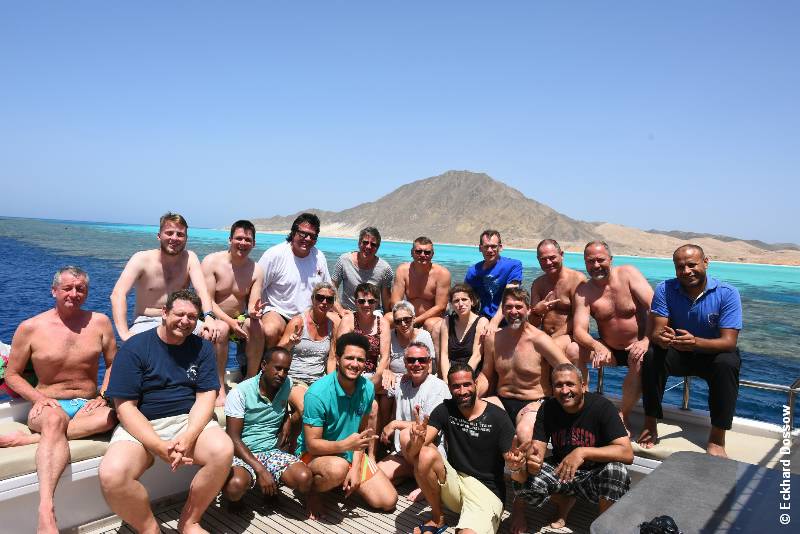 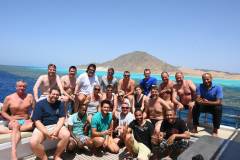